SBM Offshore’s assets are key value drivers for the Company, generating a predictable revenue for SBM Offshore through long-term Lease and Operate contracts. The expertise and experience of around 2,200 offshore crew and onshore staff, supporting the fleet, ensures value creation through safe and efficient operations of the Company’s offshore fleet.

2018 represented a year of consolidation and ongoing optimization of the Company’s operations. A solid performance was achieved in terms of occupational health and safety and overall asset operational performance, while significant progress was also made on transformation programs such as process safety management and digitalization. These programs are essential to SBM Offshore’s work as a forward-looking operator with the ambition of excellence in operational efficiency and incident prevention. Furthermore, SBM Offshore progressed per plan in the readiness activities for the future operations of FPSO Liza Destiny, offshore Guyana.

In 2018, the following changes occured in the fleet operated by SBM Offshore: 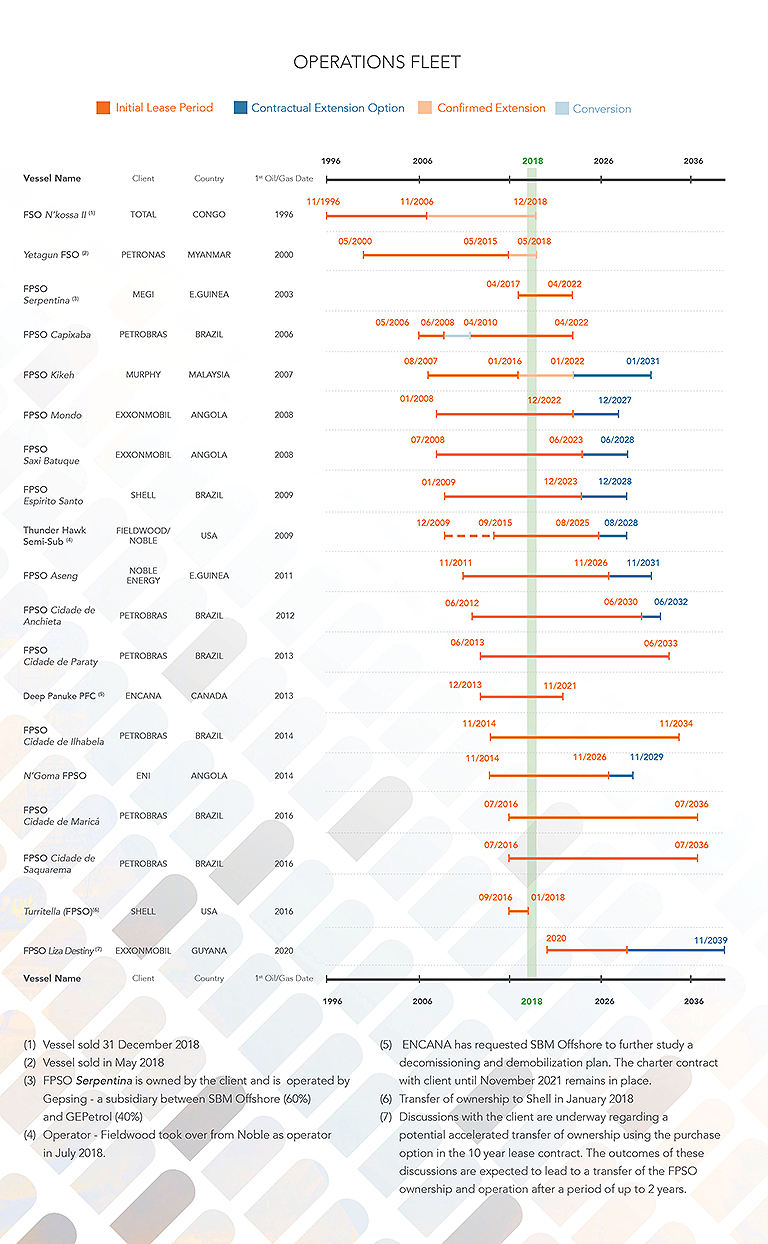 At the end of 2018, SBM Offshore was responsible for operating 15 units in the fleet across the globe, consisting of: 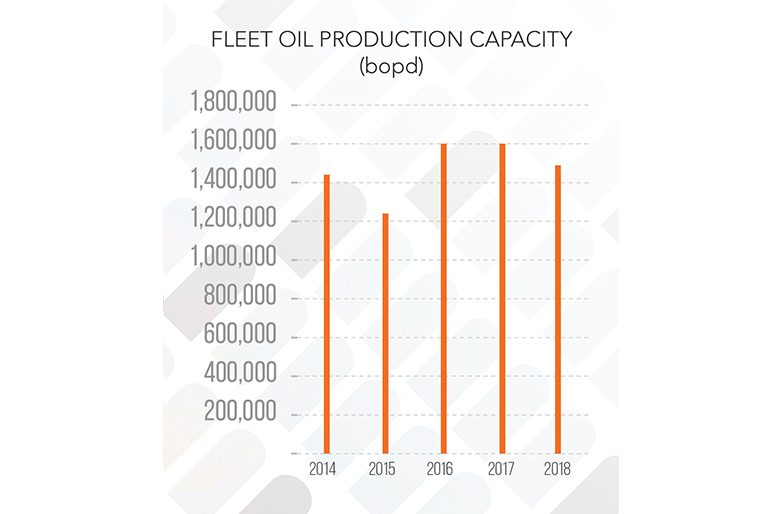 SBM Offshore is committed to delivering reliable and safe production performance of its units, whilst adhering to its environmental objectives. The main production performance indicator of the fleet is ‘Production Uptime’, which measures the percentage of time in which a unit is available to produce. In 2018 production uptime was 98.0%. The unavailability was essentially due to planned maintenance and life-time extension activities on FPSO Capixaba, which progressed in line with the yearly plan. The underlying performance of the remainder of the fleet was at 99.2% uptime, and in particular, the latest generation ’G3’ fleet of four FPSOs in Brazil’s Santos basin continued to deliver strong performance at nameplate throughout, with an uptime of 99.4%.

Various initiatives were undertaken in 2018 to reinforce operational quality and efficiency through:

SBM Offshore’s approach to asset integrity is to target asset preservation with optimal lifecycle costing. Progress was made on: