The actual remuneration for 20181 is set out hereafter in five sections, namely 1. Base Salary, 2. Short-Term Incentive, 3. Value Creation Stake, 4. Long-Term Incentive and 5. Pension and Benefits. After these sections more insight is provided into the pay ratio of the Management Board members against the rest of the organization. The actual remuneration for 2018 is combined in the table Remuneration of the Management Board by member.


Remuneration of the Management Board by member

For 2018, the Supervisory Board set the following performance indicators for the STI.

Before the RP 2018 became effective, the RP 2015 applied, which included a Long-Term Incentive (LTI) scheme. Further details on the LTI, as granted under Remuneration Policy 2015, are available for review in the 2014 Annual General Meeting section on SBM Offshore’s website and in the Remuneration Report 2017. Currently, only one LTI program is outstanding: LTI 2017-2019 granted in 2017. The LTI program granted in 2016 ended in 2018 and has therefore been determined.

With regard to these performance indicators, the Supervisory Board, upon the recommendation of the A&RC, assessed the delivered results and has concluded that the results related to both the directional underlying EPS and to Relative TSR were realized close to maximum.

The pay-out details can be found in the table at the top of this section. The actual shareholdings of the Management Board members per the end of 2018, in which only common unconditional shares are taken into account, can be found at the end of this section in the Overview Share-Based Incentives. This overview also includes the number of conditionally granted and/or vested shares in the last few years. At the time of reporting, Bruno Chabas and Philippe Barril met the share ownership requirement which is set at an equivalent of 350% of base salary. Erik Lagendijk and Douglas Wood are still in the process of building up their share ownership requirement.

Management Board members receive a pension allowance equal to 25% of their base salary for pension purposes. Since these payments are not made to a qualifying pension fund, but to the individuals, the Management Board members are individually responsible for investment of the contribution received and SBM Offshore withholds wage tax on these amounts. In addition to the above a supplementary pension arrangement is in place for the CEO. This arrangement is a defined contribution scheme and its costs are included in the table at the beginning of section 3.4.2 .

In order to better understand the current internal pay relativities within the organization and to support future decisions on remuneration levels, the Supervisory Board reviewed several internal pay-ratios in 2018. The Supervisory Board decided that the chosen pay-ratio should be both relevant and reliable. As a result, the Supervisory Board, based on the recommendation made by the A&RC, determined the pay-ratio as the total remuneration for each of the Management Board members expressed as a multiple of the average overall employee benefit expenses (as derived from the tables in section 4.3.6 from our financial statements). The following graph displays the pay-ratios of each of the Management Board members over 2018 and 2017. 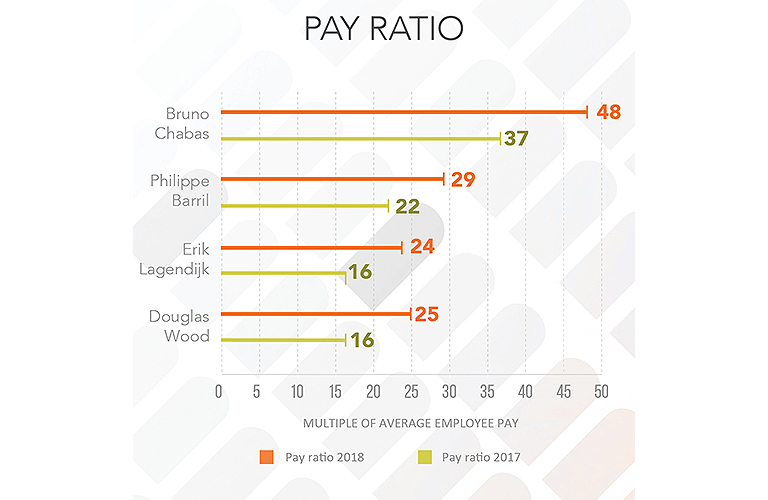 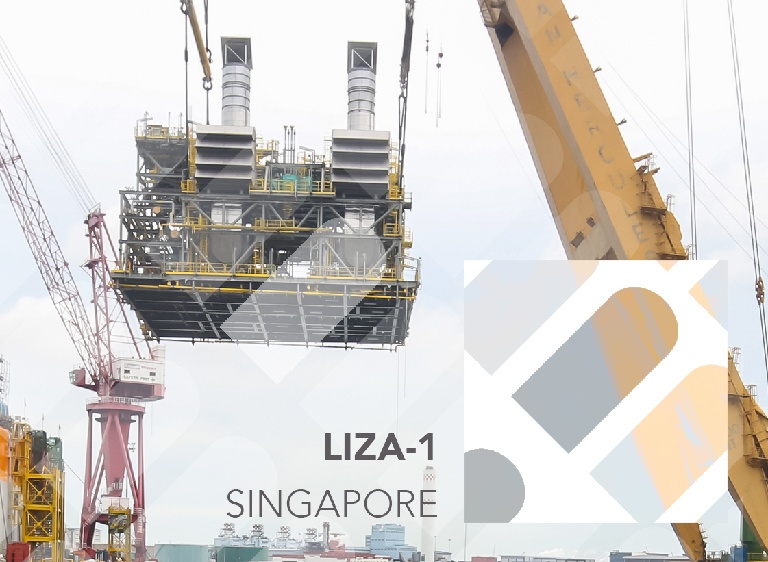